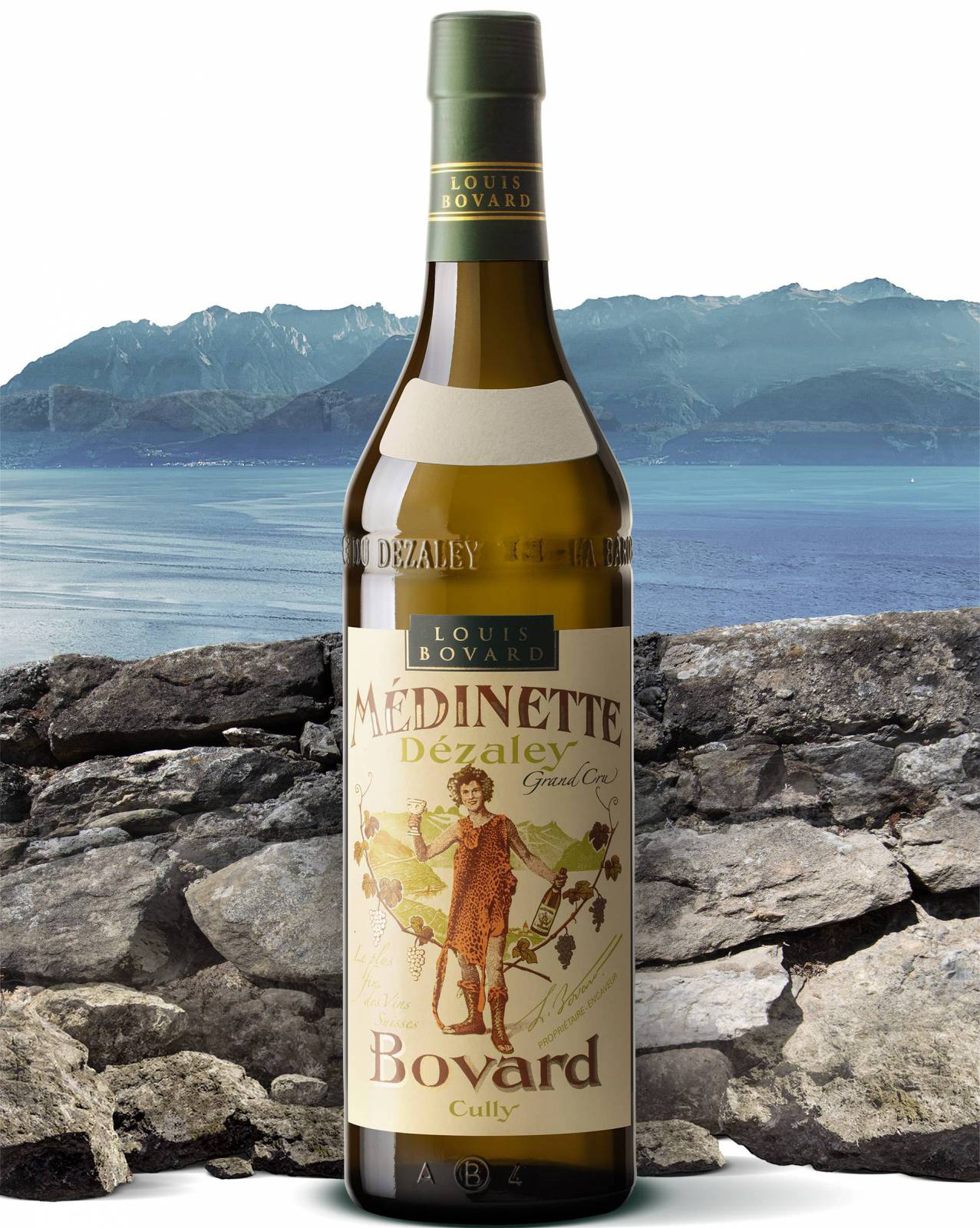 History of etiquette
It represents the Bacchus of the 1905 Winegrowers' Festival, a role played by a nephew of the family, Albert Bovard, who is shown here without his mythical leopard-skin outfit.

The name Médinette refers to the city of Medinet-Habou, located near Thebes in Upper Egypt, one of whose temples is dedicated to the work and divinities of the vine and wine.

In 1996, the illustrator Beat Brüsch, from Lausanne, was commissioned to renew the look of this label in a "pop-art" style inspired by Andy Warhol, using blue, yellow and red to dress the bottles of the Great Vintages of old.

The winery
Louis-Philippe Bovard – whose name is in its 10th generation – took the helm of his family’s 13-hectare estate in 1983. He is a pioneer in the field and is responsible, among other things, for the introduction of new grape varieties (Chenin Blanc, Sauvignon Blanc and Syrah), the maturing of Chasselas in barrels, the creation of the Conservatoire Mondial du Chasselas (with the aim of researching older, more qualitative selections) and the creation of an important collection of old Dézaley vintages. The estate has been awarded the highest distinctions. It is one of the icons of Swiss wine and enjoys international recognition.

Reputation
In Robert Parker's wine list since 2015 (with 17 wines rated from 90 to 93 points), Louis-Philippe Bovard, along with 5 other winemakers, was awarded the title of "Icon of Swiss Wine" by the Gault&Millau guide in 2016. Louis-Philippe Bovard is one of the founding members of the Barony of Dézaley, Arte Vitis (innovative winegrowers from the canton of Vaud) and the "Mémoire des vins suisses".