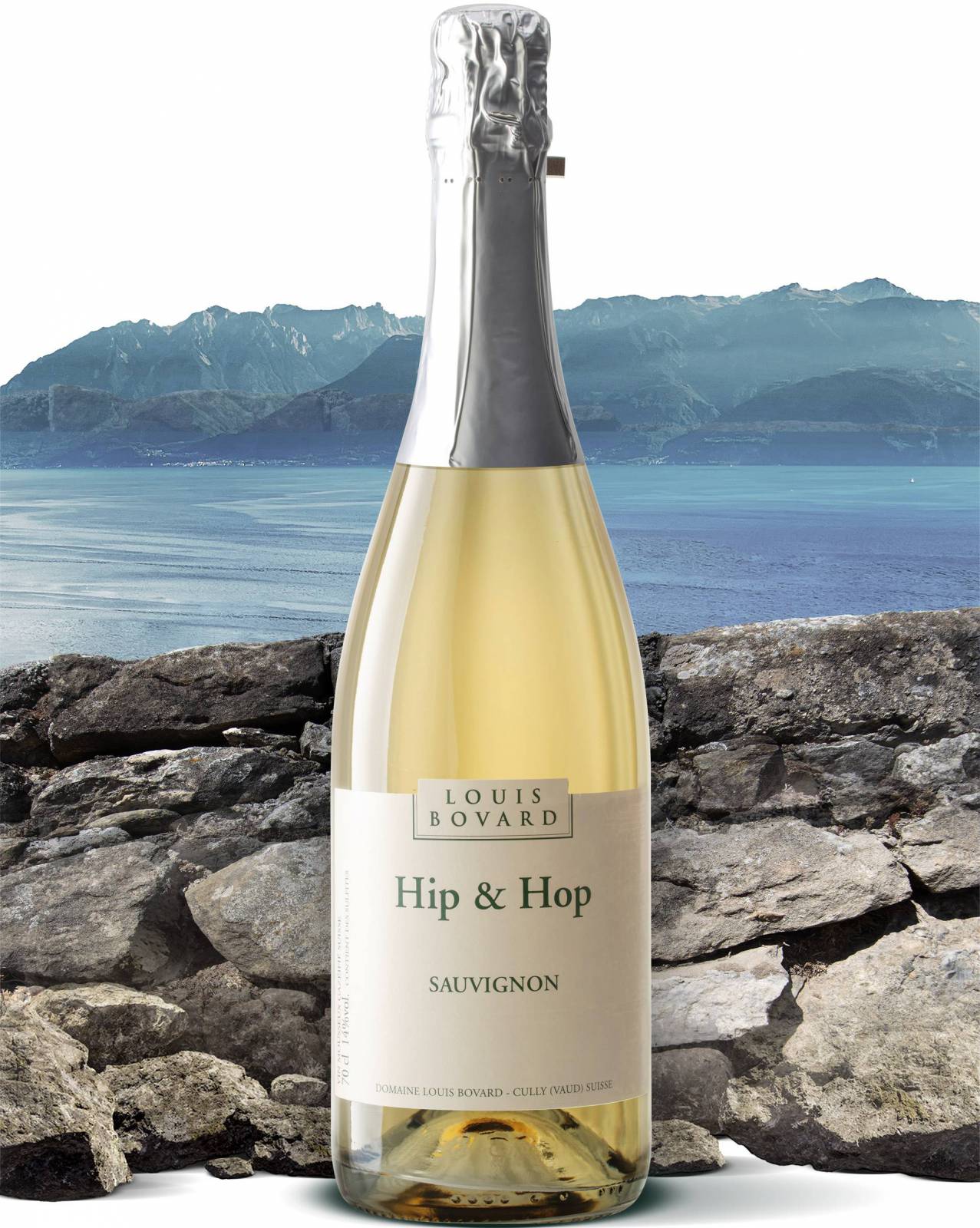 CHF20.00
Degustation Ideal as an aperitif or to accompany starters, Hip&Hop is fresh and aromatic, yet well-balanced. The typical nose of Sauvignon Blanc reminds us of grapefruit and lime, in the mouth we find freshness and liveliness with citrus fruit aromas.
Aeging 1 to 2 years.
Viticulture Planting density 9'000 vines/hectare. Yield 0.7 kg/cep.
Grape Sauvignon Blanc.
Terroir et soil - climate Clayey-limestone gravel soils on several sites.
Vinification Loire (F) type ageing in old barrels without malolactic fermentation. Then the wine is aged in vats and gasified to make a joyful and innovative wine.
Alcohol 14 % vol.

The winery
Louis-Philippe Bovard – whose name is in its 10th generation – took the helm of his family’s 13-hectare estate in 1983. He is a pioneer in the field and is responsible, among other things, for the introduction of new grape varieties (Chenin Blanc, Sauvignon Blanc and Syrah), the maturing of Chasselas in barrels, the creation of the Conservatoire Mondial du Chasselas (with the aim of researching older, more qualitative selections) and the creation of an important collection of old Dézaley vintages. The estate has been awarded the highest distinctions. It is one of the icons of Swiss wine and enjoys international recognition.

Reputation
In Robert Parker's wine list since 2015 (with 17 wines rated from 90 to 93 points), Louis-Philippe Bovard, along with 5 other winemakers, was awarded the title of "Icon of Swiss Wine" by the Gault&Millau guide in 2016. Louis-Philippe Bovard is one of the founding members of the Barony of Dézaley, Arte Vitis (innovative winegrowers from the canton of Vaud) and the "Mémoire des vins suisses".